Pyongyang, September 21 (KCNA) -- It has been 10 years since the respected Comrade inspected the Pyongyang Floriculture Institute with increased capacity.

In hearty response to his on-site instruction to make all sorts of flowers bloom all over the country, the officials and employees of the institute established a system of growing various flowers in all seasons and made achievements in putting floriculture on a scientific basis of higher level.

The institute has promoted the work to breed new species of beautiful and viable flowers with long duration of flowering and acclimatize the seeds of world-famous flowers to our country. As a result, it registered 170 new species of flowers as national species.

By cultivating lots of flowers with a long blossom-time, the institute contributed to adding to landscape of the Kumsusan Palace of the Sun, Ryomyong Street, the Yangdok Hot Spring Resort, the Pothong Riverside Terraced Residential District, etc.

It has provided many flowers for flower shops in the capital city of Pyongyang on the occasions of national holidays and commemoration days. 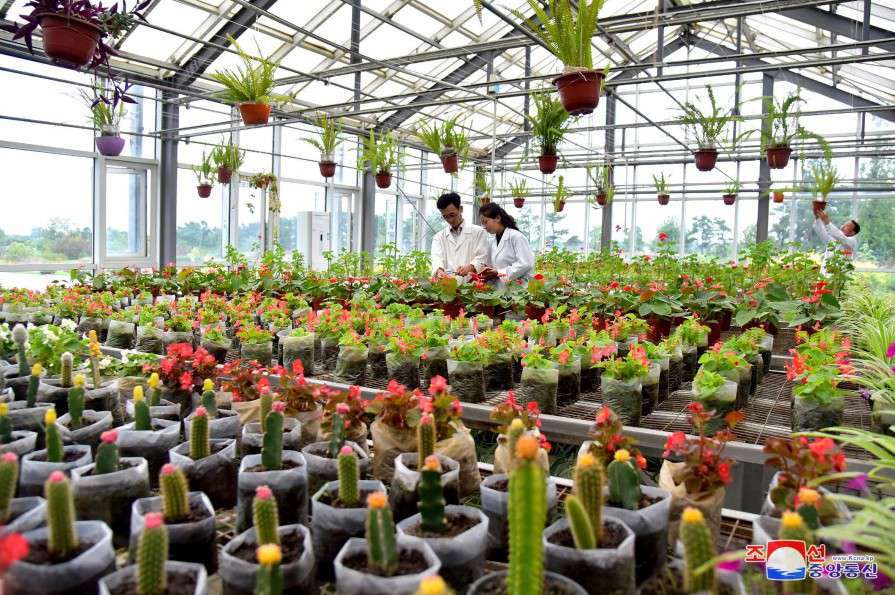