Pyongyang, January 13 (KCNA) -- A meeting of agricultural workers and members of the Union of Agricultural Workers of Korea (UAWK) took place in Oguk-ri of Anak County, South Hwanghae Province on Wednesday to vow to carry through the decisions made at the 4th Plenary Meeting of the 8th Central Committee of the Workers' Party of Korea (WPK).

Present at the meeting were Ri Tu Song, department director of the WPK Central Committee, Pak Thae Sop, secretary of the South Hwanghae Provincial Committee of the WPK, officials of the UAWK and other officials concerned, agricultural workers and members of the UAWK.

Han Jong Hyok, chairman of the UAWK Central Committee, made a report there.

The reporter, in reflection of the boundless reverence and intense loyalty of all the agricultural workers and union members across the country, extended the highest glory and deepest thanks to the respected Comrade who is ushering in a new era of great prosperity on this land with his far-sighted wisdom and outstanding guidance.

He said that the agricultural workers and union members are faced with heavy yet honorable tasks for adding a new page of glory to the annals of the country by waging a fierce campaign for rural revolution, true to the great programme that unrolled a bright blueprint for addressing the socialist rural question in the new century.

He called upon all the agricultural workers and union members to devotedly carry out the Party's programme on socialist rural construction, cherishing the firm faith that they do not know anyone but the respected Comrade , and the single-minded loyalty to him.

He ardently appealed to all the agricultural workers and union members to attain the agricultural production goal set by the Party without fail by conducting a dynamic struggle for the implementation of the programme on socialist rural construction drawn up at the 4th Plenary Meeting of the 8th Party Central Committee and thus glorify this year of significance marking the 110th birth anniversary of President and the 80th birth anniversary of Chairman as a year of great revolutionary events.

Then, oath-taking speeches were made at the meeting.

The speakers expressed their will to crown this year with an unprecedented increase in grain production while pushing forward with the rural development, true to the Party's call for ushering in a great fresh era of Korean-style socialist rural development. 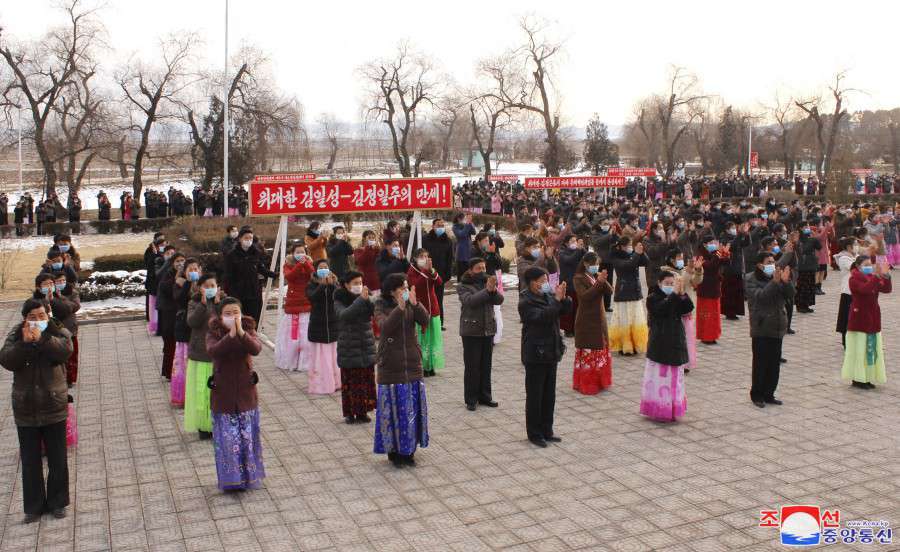 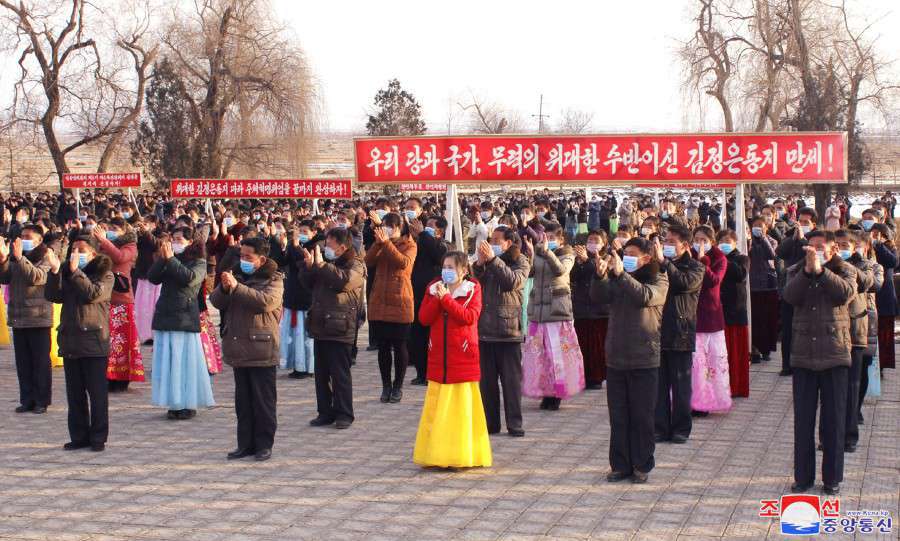