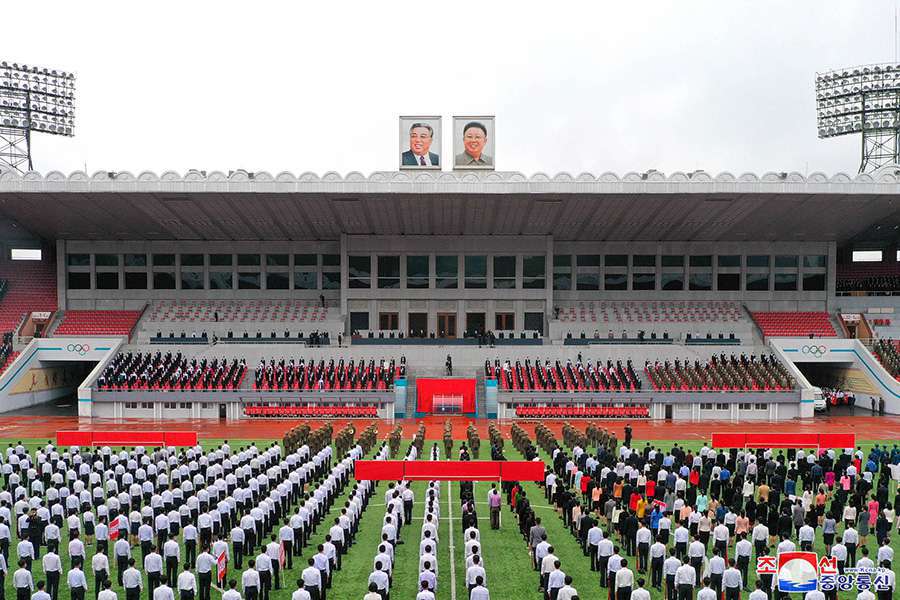 Pyongyang, May 2 (KCNA) -- A meeting of the young vanguard was held at Stadium on April 30 to vow to fully display the might of the Socialist Patriotic Youth League under the leadership of the respected Comrade . 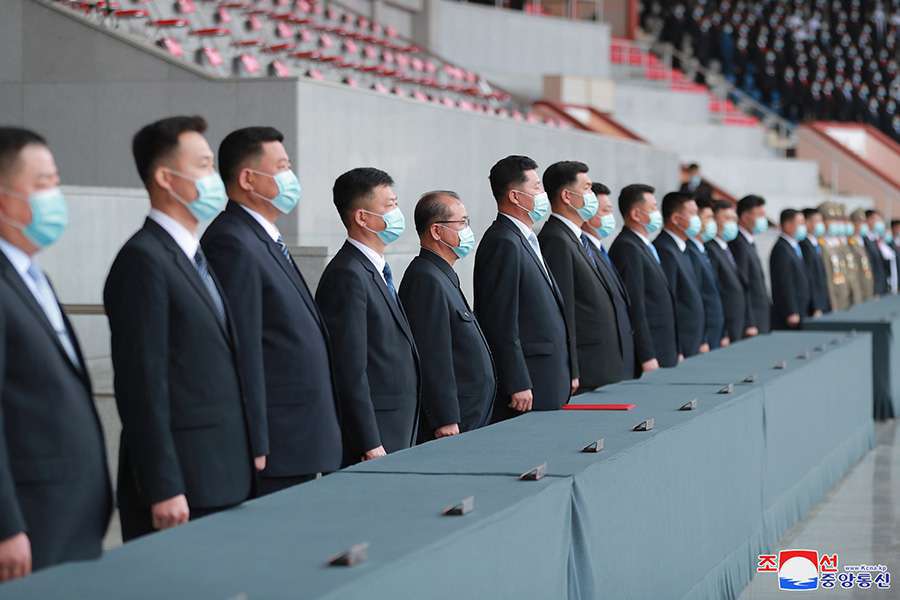 Present there were Ri Il Hwan, secretary of the Central Committee of the Workers' Party of Korea (WPK), delegates to the 10th Congress of the youth league and youth and students in Pyongyang City. 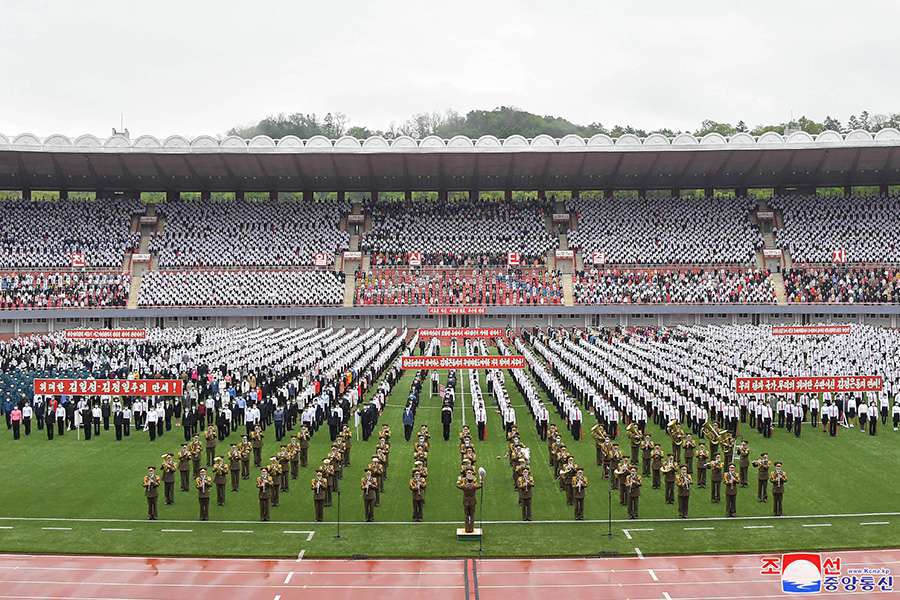 They said that the immense trust placed by the respected Comrade in the young people by giving important guidelines for strengthening the Juche-oriented youth movement and by having a significant photo taken with the participants in the congress led five million young vanguard to display their fighting spirit and courage like an erupting volcano.

They stressed the need for all the youth league officials and young people to powerfully demonstrate the invincible might of the youth league, successor and reserve of the WPK and a shock brigade of socialist construction, in the new historic advance of our revolution.

They pledged to consolidate the Socialist Patriotic Youth League into the vanguard organization of loyalists who breathe and act in line with the idea and will of and become passionate loyalists who unconditionally carry out the Party's plans and determinations through thick and thin.

They underscored the need for the youth to leave their clear footprints in the most difficult sites of the economic construction and make the whole country be enlivened with the youth under the uplifted slogan "Let us demonstrate the mettle of patriotic youth in the worthwhile struggle for socialist construction!" 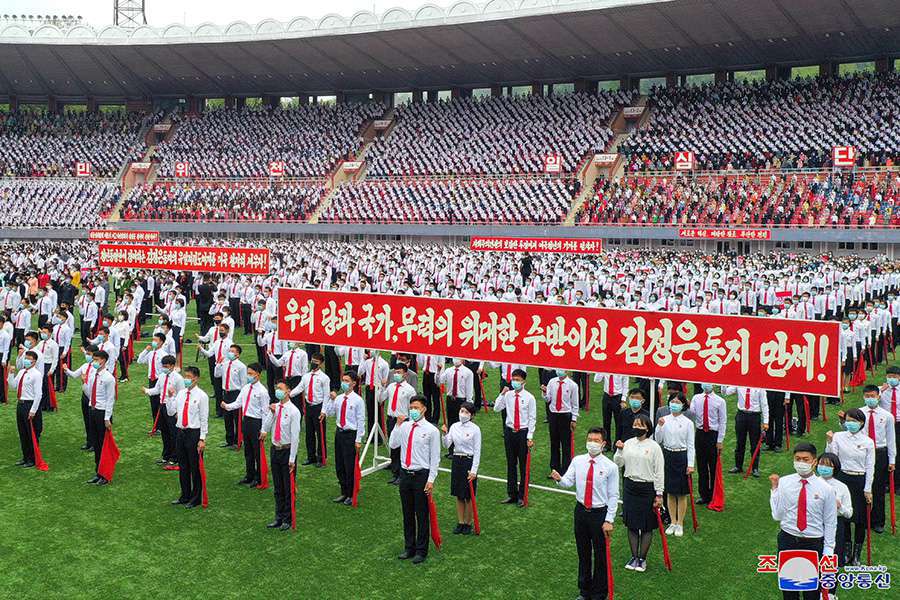 They called on all the young people to consider it as the noblest duty and the greatest patriotic work to defend the country and firmly safeguard with arms the socialist country permeated with honored blood and sweat shed by the revolutionary forerunners.

They called on the young people to steadily expand the ranks of young front-rankers possessed of noble traits and take the lead in making the atmosphere stirring with the creation of positive deeds and beautiful traits sweep across the country. 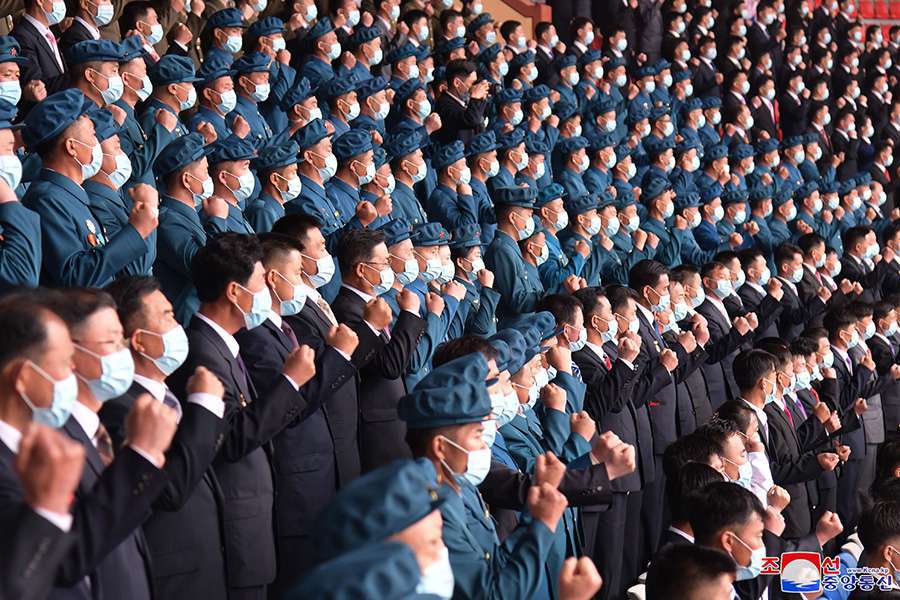 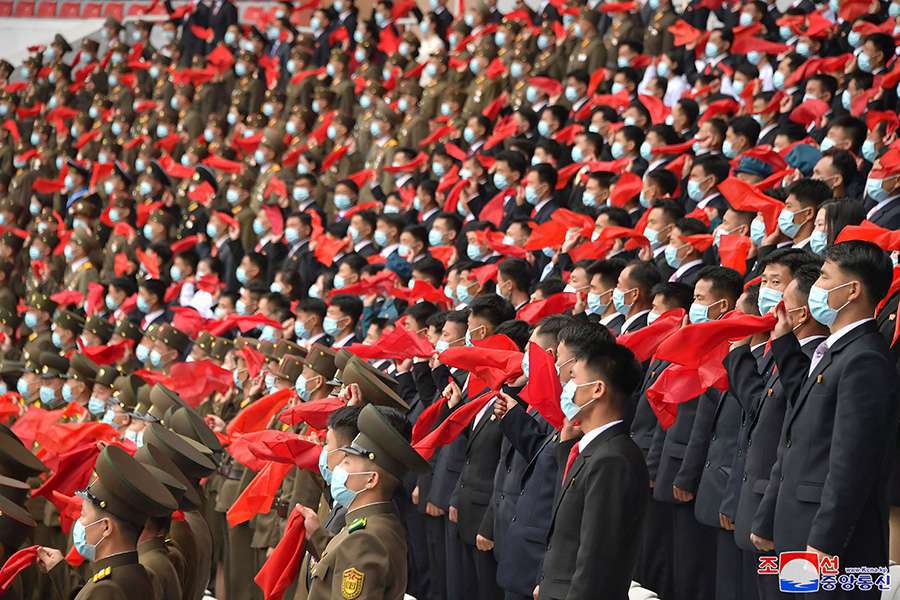 They evinced their pledge to powerfully demonstrate all over the world the heroic spirit of young vanguard and the invincible might of the Socialist Patriotic Youth League in the worthwhile struggle to realize the great action programme set forth by the Party Congress, rallied close around . 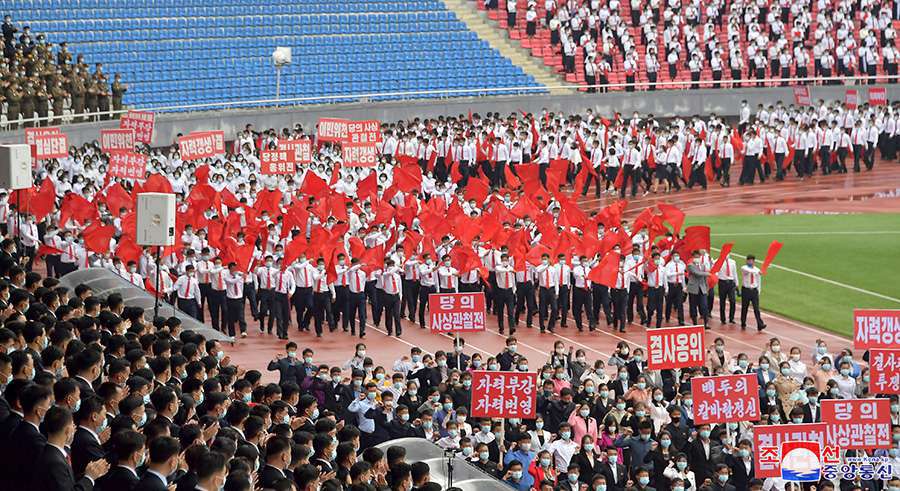 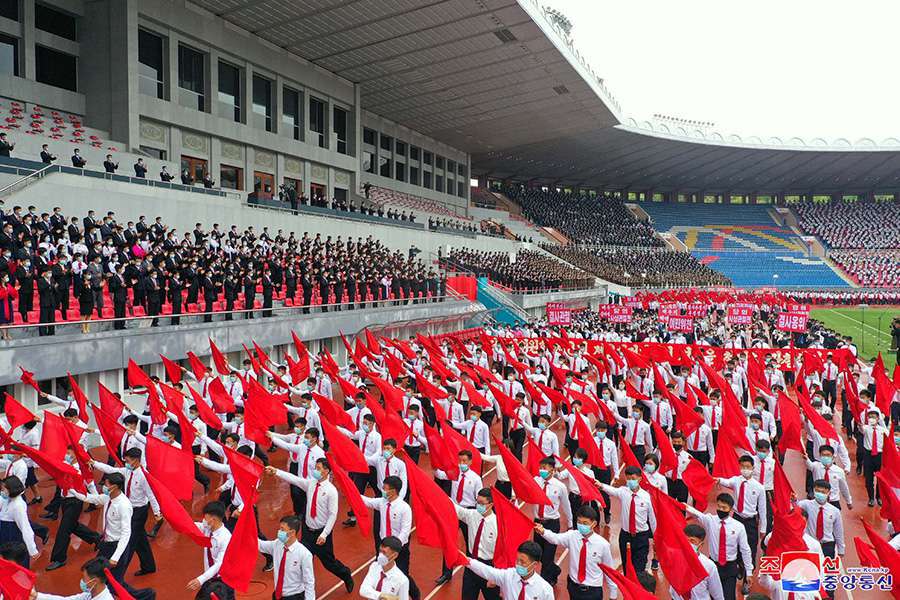 Then there was a pledge march.

Mirrored on the faces of the young people marching in fine array to the dynamic tunes was a pledge to exalt their honor as the advancing group in the struggle for expediting the future of our style of socialism just how was done by the young heroes of the former generation who made a dash forward through thick and thin at the call of the Party. 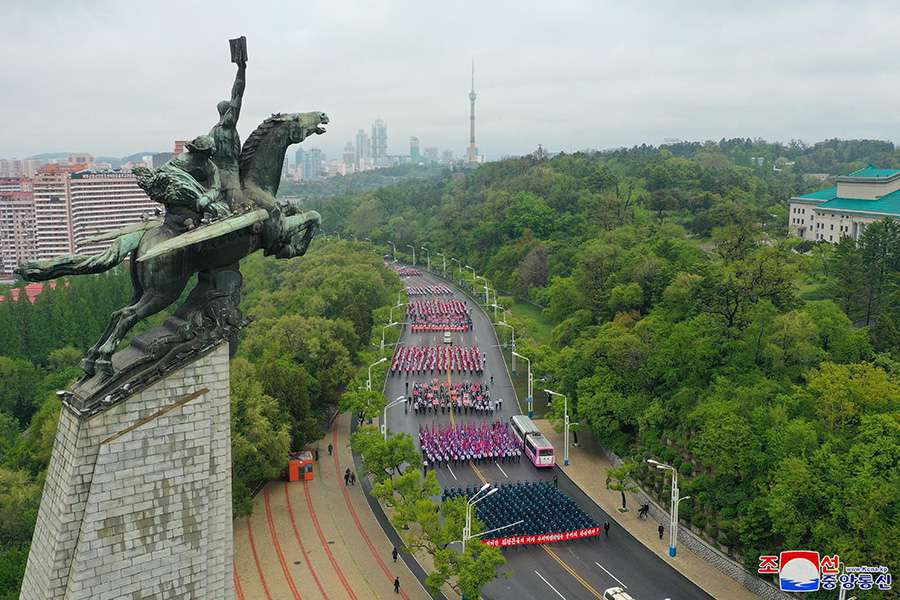 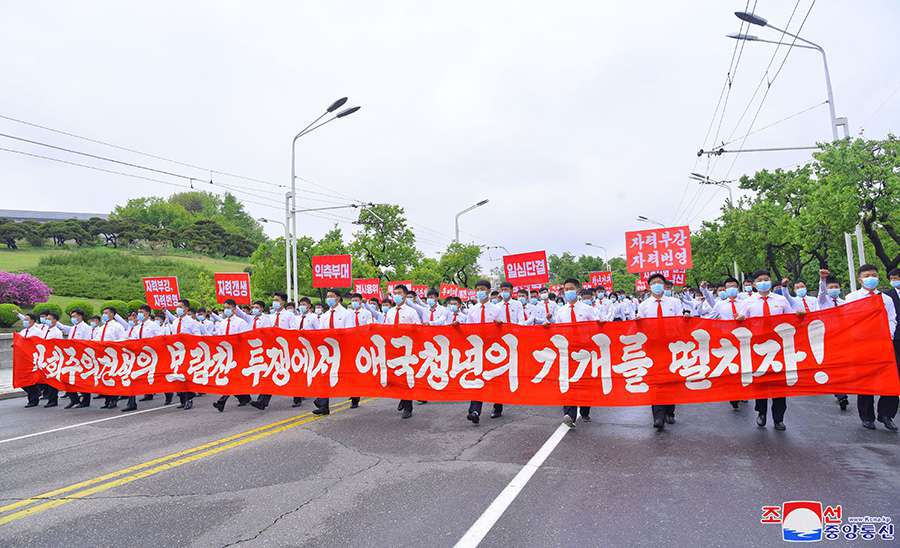 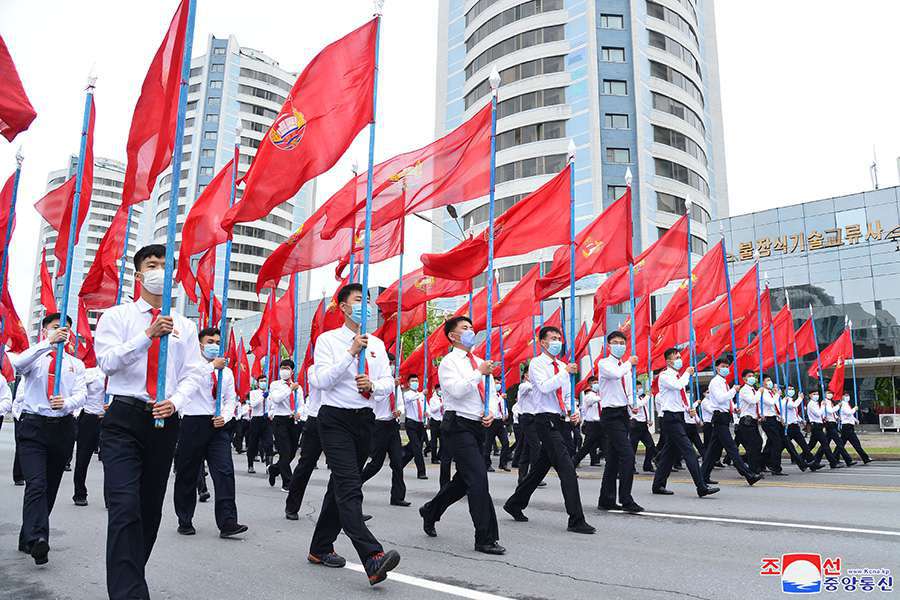 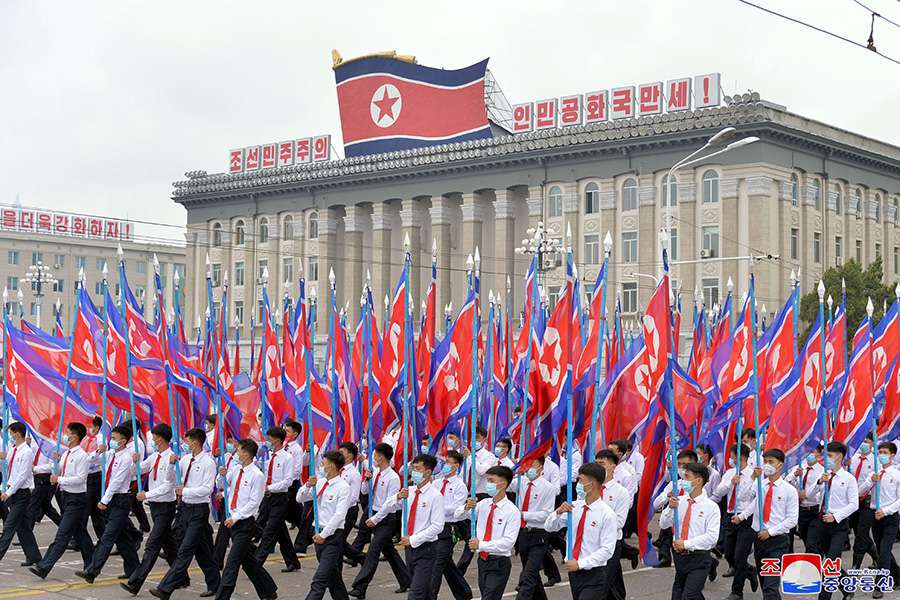