Pyongyang, April 6 (KCNA) -- The Workers' Party of Korea Publishing House produced posters encouraging all the citizens and servicepersons to the project for building 50 000 flats in the capital city of Pyongyang. 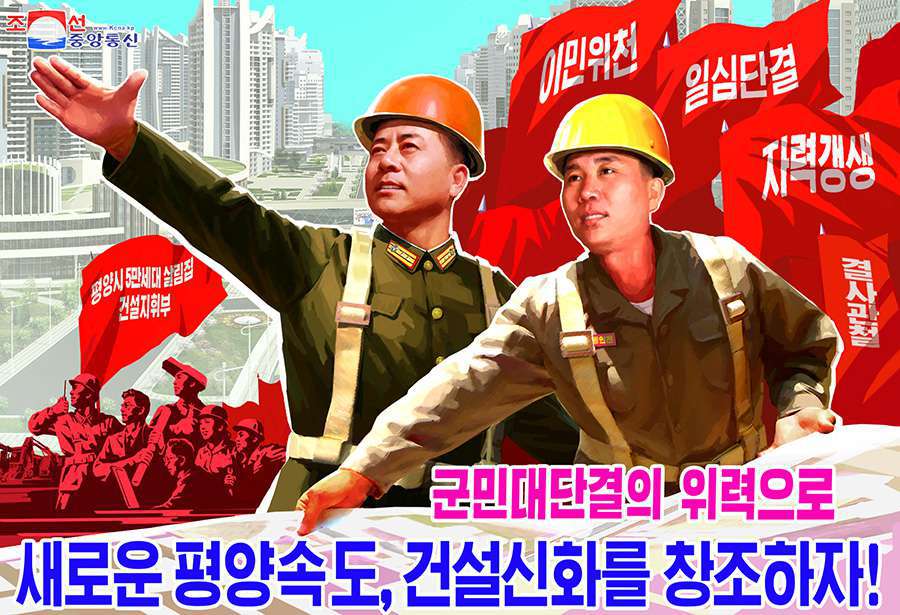 Another poster "Let us change the appearance of our capital city more magnificently through the construction of 50 000 flats!" calls for turning Pyongyang into an excellent and magnificent city which reflects the idea, soul and vibrant spirit of our times and embodies the lofty ideals and the level of civilization competitive in the world. 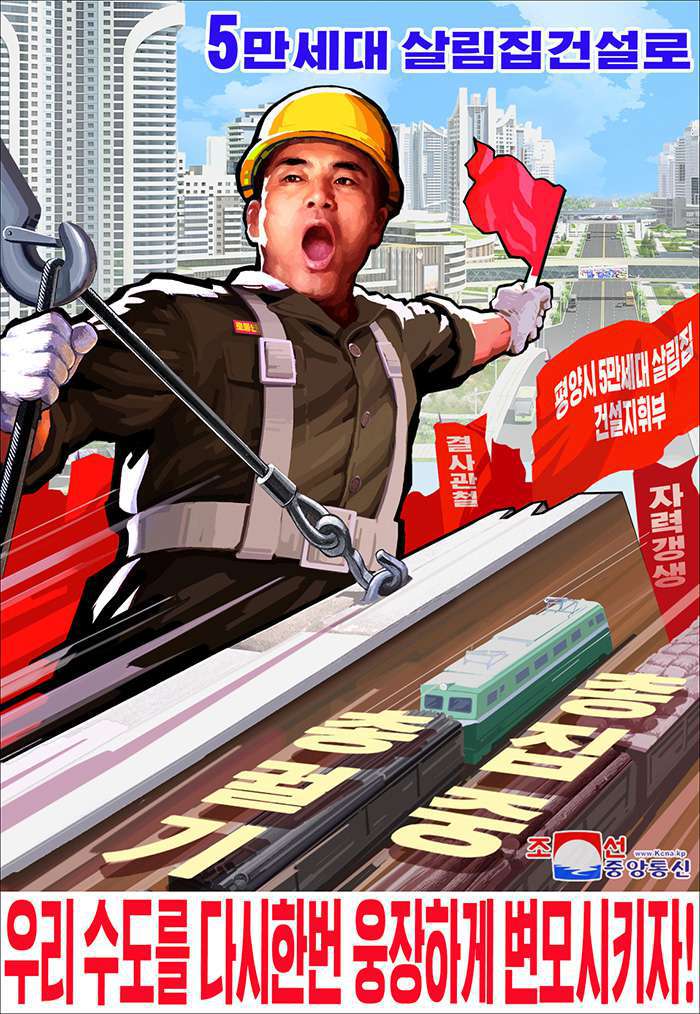 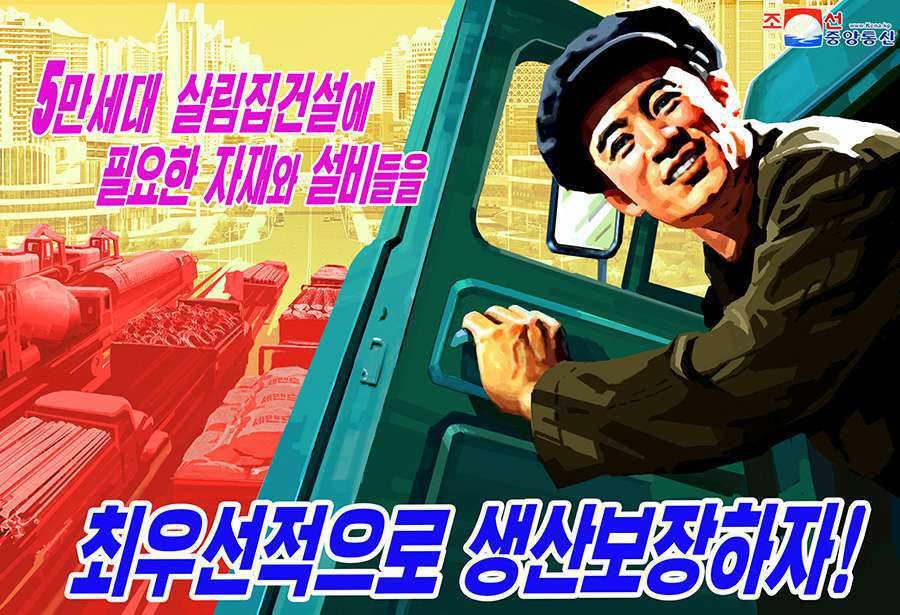