Pyongyang, February 20 (KCNA) -- Workers and members of the General Federation of Trade Unions of Korea (GFTUK) met at the plaza before the statues of President and Chairman in Phyongsong City, South Phyongan Province, on Friday to pledge to thoroughly implement the first year's task of the 5-year plan set forth at the 8th Congress of the Workers' Party of Korea (WPK). 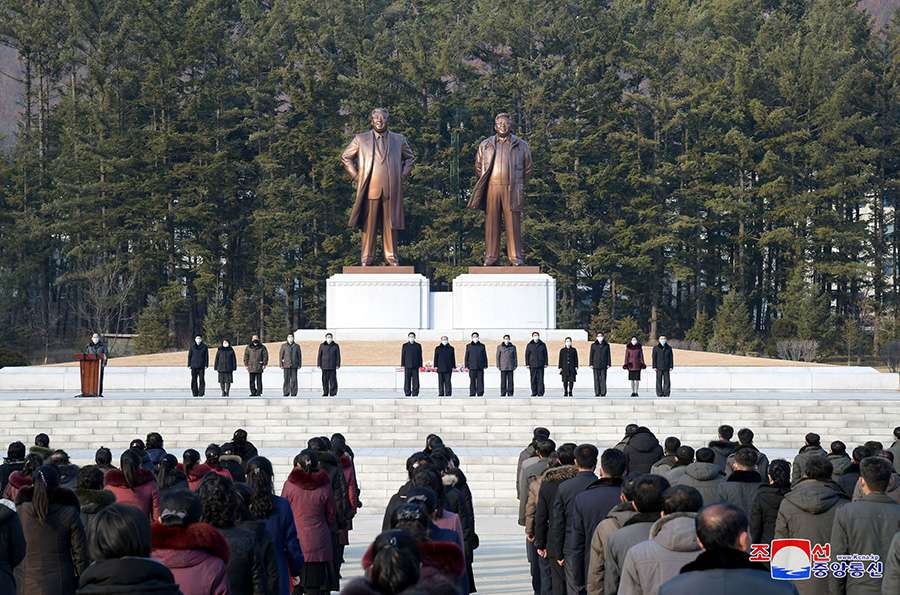 Pak In Chol, chairman of the Central Committee of the GFTUK, made a speech at the meeting.

He stressed that the report made by the respected Comrade at the 2nd Plenary Meeting of the 8th Central Committee of the WPK is a militant banner which vigorously inspires the working people and the members of the GFTUK to brilliantly implement the programme of struggle set forth at the 8th Party Congress.

He noted that all the working people and members of the GFTUK should implement the decisions made at the plenary meeting most brilliantly and most perfectly with death-defying struggle.

He ardently called upon everyone to uphold the idea and spirit of the 2nd Plenary Meeting of the 8th Central Committee of the WPK and turn out as one in the struggle for thoroughly implementing the first year's task of the 5-year plan, noting that our victory is certain as we are led by .

The speakers pledged to go all out to implement the new 5-year plan, upholding with one mind the leadership of who set another milestone in the history of the socialist construction.