Pyongyang, February 19 (KCNA) -- A meeting of the young vanguard was held at the Pyongyang City Youth Park Open-Air Theatre on Thursday to vow to thoroughly implement the first year's task of the new five-year plan put forward at the 8th Congress of the Workers' Party of Korea (WPK). 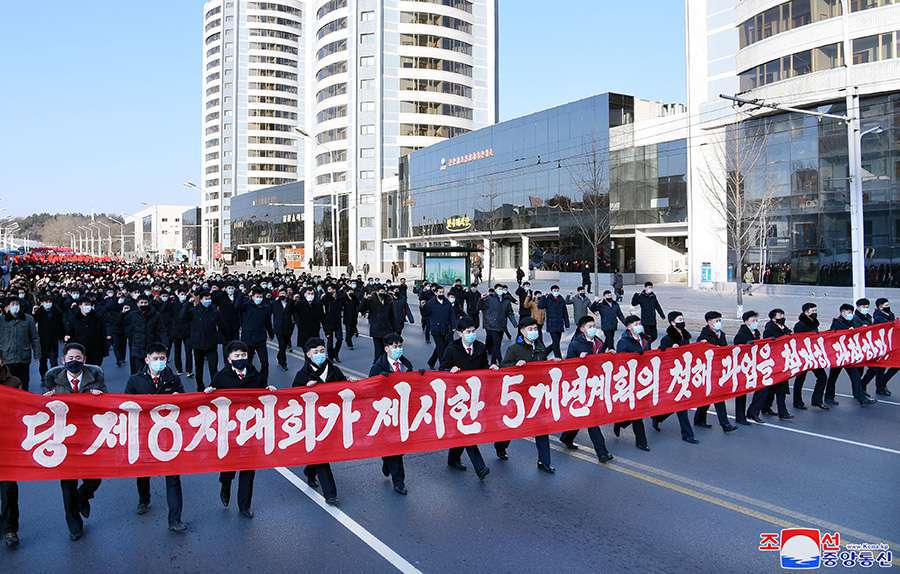 Attending the meeting were Ri Il Hwan, secretary of the Central Committee of the WPK, officials of the Kimilsungist-Kimjongilist Youth League, officials concerned and youth and students in Pyongyang.

Pak Chol Min, chairman of the Central Committee of the Kimilsungist-Kimjongilist Youth League, said in his speech that young vanguard across the country were full of enthusiasm to implement the first year's task of the new five-year plan without fail upon receiving the news of the 2nd Plenary Meeting of the 8th Party Central Committee at which the noble love of the respected Comrade for the people was vividly shown.

He said when the whole country is imbued with the enthusiasm of the young people for the revolution, struggle and patriotism, our Party's intention to bring about a practical change and substantial progress from the first year's advance for implementing the decisions of the 8th Party Congress would brilliantly be realized.

He called upon all the young people to perform miracles and feats in the all-out charge this year with confidence in new victory as befitting sons and daughters of the Workers' Party and youth of Juche Korea who were raised under the care of the Party.

He ardently called on the youth across the country to work hard to glorify the advance of the first year for implementing the decisions of the 8th Party Congress with proud innovation and advancement by demonstrating the high spirit of young vanguard in the great era of .

Pledge speeches were made.

The speakers expressed their will to glorify days and months of the advance of the first year for implementing the decisions of the 8th Party Congress with courageous practical actions, not in words.

Then there was a procession of young vanguard.

Citizens waved their hands, encouraging the dependable and lively youth sharing the same thought, breath and footstep with the Party amid revolutionary songs reverberating through the streets. 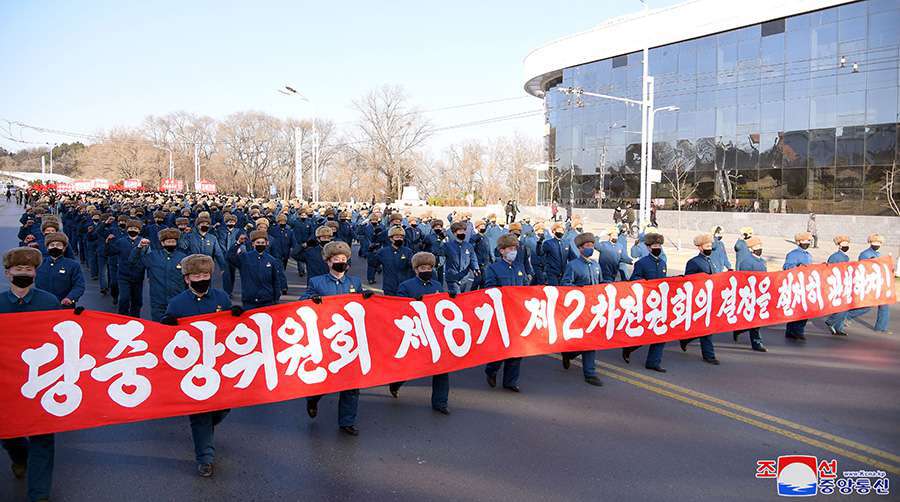