Pyongyang, January 15 (KCNA) -- Immortal classic "Song of Korea" is a revolutionary song composed by President early in January Juche 17 (1928), the early period of his revolutionary activities. 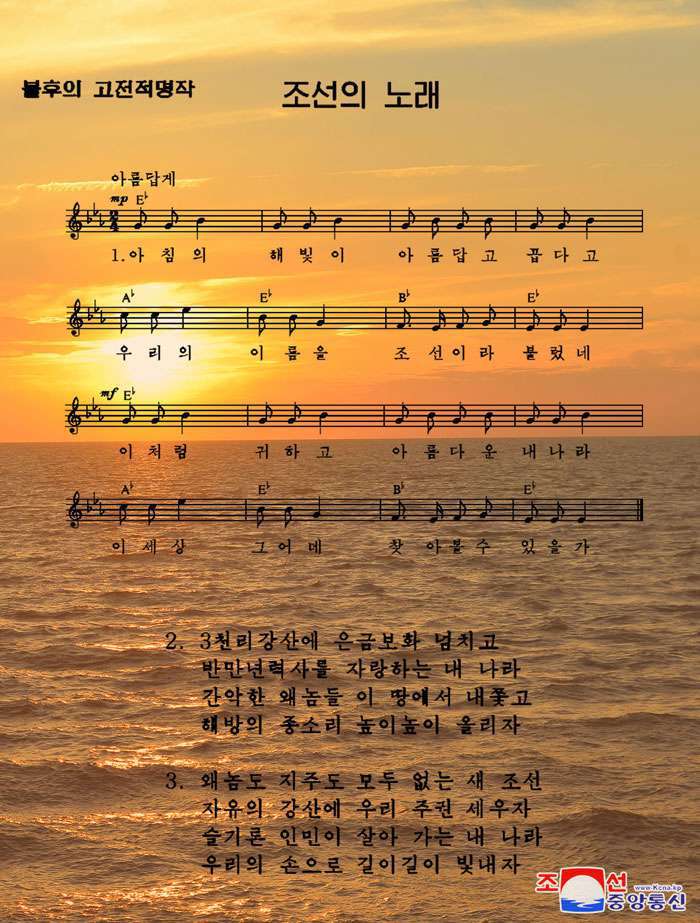 The President created this song to implant the national spirit in the mind of Korean children living in a foreign land after being deprived of their country by the Japanese imperialists and to train them into reliable pillars of the Korean revolution by educating in the anti-Japanese patriotic idea.

The song, advocating the ardent love for the country and the strong patriotic will to retake the usurped country, was carried in the paper Saenal (New Day), the first revolutionary paper founded in January 15, 1928, and had been widely spread among broad youths and children.

It shows well the revolutionary idea of the President and his noble ideal on the future in an artistic way through the vivid depiction of the country rich in treasures and the popular poetic portrayal for building a country where people have become master.

The song is a masterpiece that anyone can sing easily for its concise style and cheerful and rosy melody.

Though 90-odd years have passed since its creation, "Song of Korea" is still now avidly sung among the people including youths and children and serves as a precious revolutionary tradition in the country's song art and a good model of creation of popular songs.