Pyongyang, October 17 (KCNA) -- Pak Pong Ju, member of the Presidium of the Political Bureau of the Central Committee of the Workers' Party of Korea, vice-chairman of the State Affairs Commission of the Democratic People's Republic of Korea and vice-chairman of the Central Committee of the WPK, inspected the Pukchang Thermal Power Complex and the Namyang Coal Mine of the Tokchon Area Coal-Mining Complex. 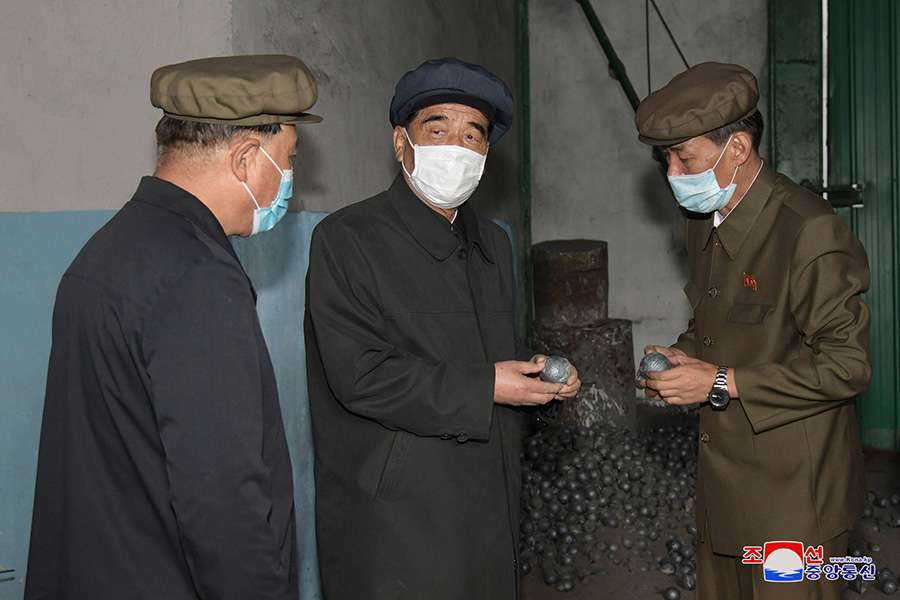 In the flames of the 80-day campaign toward the Eighth Congress of the WPK, the workers of the complex are increasing the electricity production with great awareness that they are responsible for the lifeline of the national economy

He, going round the steel foundry shop of the complex, stressed the need to solve the problems for completing the assembly line of production process by holding collective discussion among scientists, technicians and workers and to keep the production going at a high rate by increasing the production of fire-proof materials.

At the belt pit of the Namyang Coal Mine, he encouraged officials and technicians who made a breakthrough in increasing the production by raising the level of mechanization of the carrying. He underscored the need to keep facilities in full-capacity operation by giving definite precedence to tunneling and strengthening self-checking and self-repair in order to carry out the goal of increased production of the 80-day campaign.

The field consultative meetings discussed the problems arising in meticulously organizing operation and command for increasing the electricity production, and in intensifying the study for the manufacture of parts by relying on our own raw materials and resources in relevant units and in pushing ahead with the coal production in a far-sighted way during the 80-day campaign, and took measures.

He also inspected the construction of the dwelling houses at the Feed Supply Farm under the Kwangchon Chicken Farm.