Hamhung, May 19 (KCNA) -- Kim Jae Ryong, member of the Political Bureau of the Central Committee of the Workers' Party of Korea, member of the State Affairs Commission of the DPRK and premier of the Cabinet, inspected different units in South Hamgyong Province. 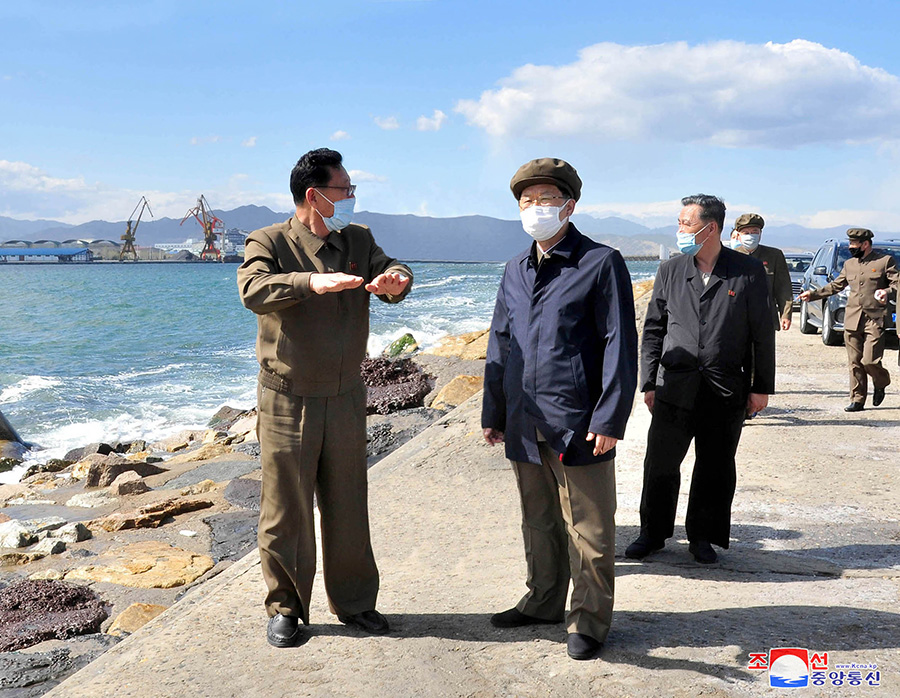 Inspecting Tanchon Port, the Tanchon Smeltery, Hungnam Fertilizer Complex, the Kowon Coal Mine, etc., he discussed the issues of increasing the production and pushing forward with various construction projects such as railway construction and capacity-expansion and took necessary measures.

He visited the Ryongsong Machine Complex, February 8 Vinalon Complex and the Hungnam Electrode Factory at which he told officials to arouse the spiritual strength of workers and tap all the production potential and thus ensure quality and quantity in production of ordered equipment and goods.

Making rounds of the Hamhung Branch of the State Academy of Sciences, the Hungnam Pharmaceutical Factory, etc., he instructed officials to keep efforts on the scientific research and consolidate material and technological foundation for the production of pharmaceuticals and encouraged officials and agricultural workers of Sangsan Co-op Farm in Kowon County where wheat is under good cultivation.

The field consultative meetings took the steps to make non-stop innovations in production and construction and realize the integration of science, technology and production. It was also underlined at the meetings to take measures for the relevant units to produce and supply coal, equipment, materials, etc. in a responsible manner.