Pyongyang, May 1 (KCNA) -- The Korean Central News Agency issued a detailed report on the completion of the second-phase project for reclaiming Honggondo Tideland and the third and fourth district project of Ryongmaedo Tideland on Friday. 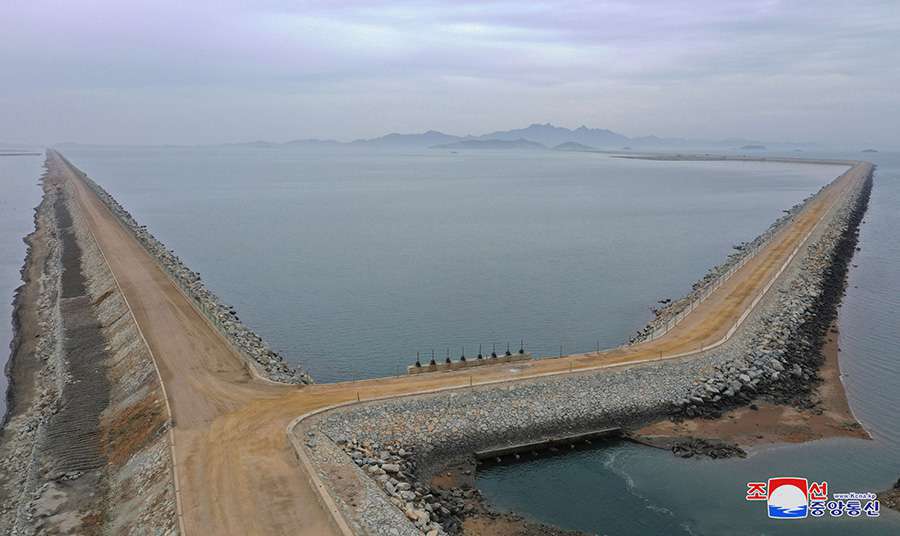 Huge beltways have been formed from Ansan-ri, Tongrim County to Sinmido, Sonchon County of North Phyongan Province and from Sinsaeng-ri to Sinphung-ri, Chongdan County, South Hwanghae Province. The projects resulted in the regular arrangement of farmland and sea culture grounds in harmony with the sea. This laid a foundation for contributing to attaining the agricultural production goal set forth by the 8th Congress of the Party and improving the standard of people's living.

The tideland reclamation is a patriotic work of eternal value for thoroughly carrying out the behests of President and Chairman and for realizing the happiness of posterity to come and the prosperity of the country.

From the beginning year of the new century of Juche, the biggest size Honggondo tideland reclamation project began true to the behests of the President and the Chairman and the Party's policy.

The two-phase project was a considerable one requiring over 13 million cubic meters of earth-laying and over 1.1 million square meters of embankment, construction of structures like water sluice gate and blocking across rough sea extending more than 32 km.

Officials and workers of the North Phyongan Provincial Tideland Reclamation General Enterprise started the first-phase construction of Honggondo Tideland on September 6, Juche 101(2012) and completed it in the significant year when the 7th Congress of the Workers' Party of Korea was held.

Based on the achievements and experiences gained in the first-phase reclamation, the second-phase project started on Dec. 2, 2016.

New standard and new records were set one after another in the huge second-phase project that required the creation of 1 000 more hectares of land as compared with the first-phase project.

The builders completed the second-phase project in just four years though it was said that eight years would be taken. 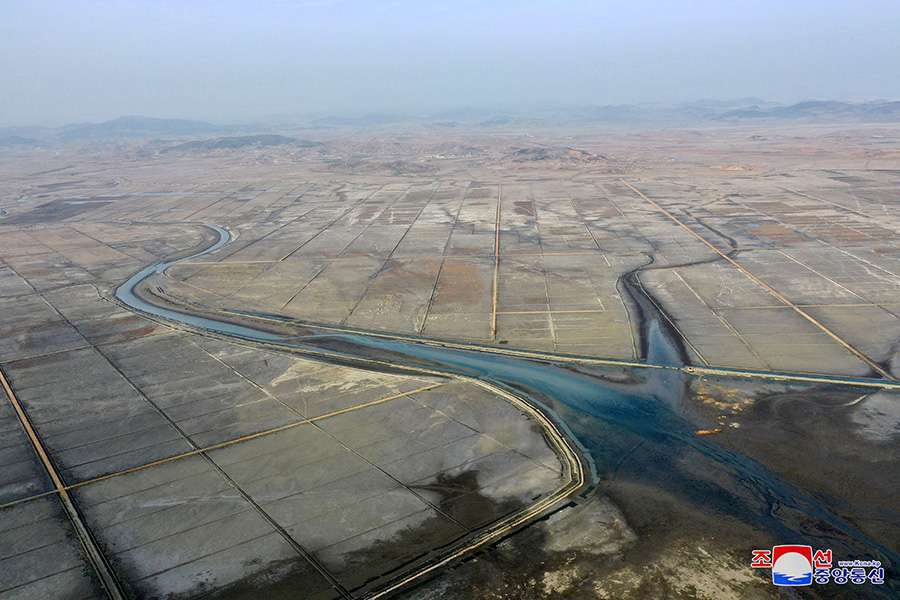 In the third and fourth district of Ryongmaedo Tideland holding a big proportion in attaining the goal of the reclamation, the workers of the South Hwanghae Provincial Tideland Reclamation General Enterprise fully displayed the spirit of self-reliance and indomitable fighting efficiency.

The builders started the reclamation of the fourth district in August 2018 and that of the third district in December the same year.

Unlike the Honggondo tideland reclamation that needed linking land and islands by means of dyke, the third and fourth district project of Ryongmaedo tideland was a Herculean task of blocking the rough sea for putting thousands of hectares of land under cultivation, as there were no islands that could be used for linking seawalls in terms of geographical features.

First damming project carried out in the districts took four months and seven months each, and seawall project was completed in less than two years.

The builders created the myth of finishing the third district and fourth district project in a little over 2 years although conventional theory required seven years. 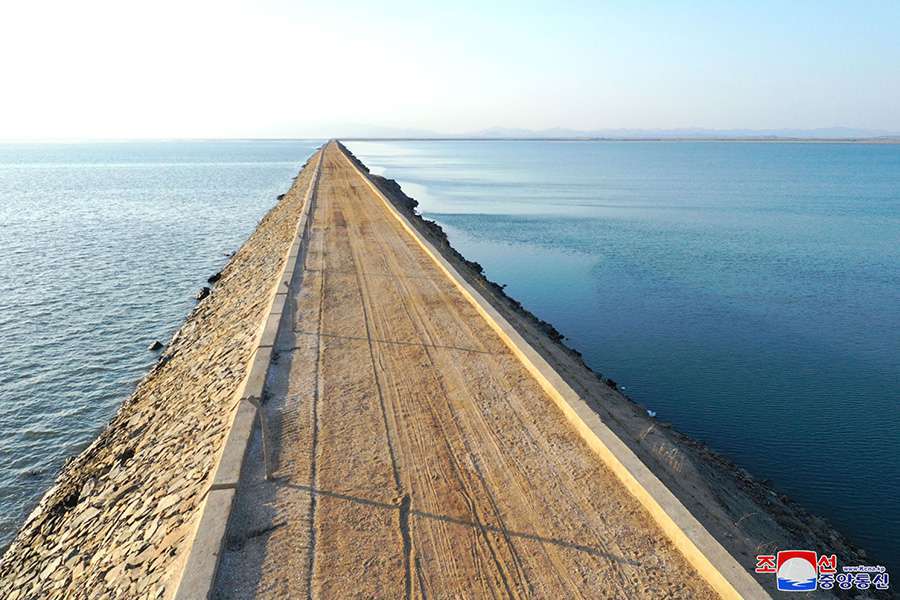 The completion of tideland reclamation in Honggondo and Ryongmaedo areas clearly proved once again the iron truth that as there are the wise guidance of the great Workers' Party of Korea and the loyalty and tremendous creative power of the patriotic popular masses opening up the broad avenue of achieving prosperity by dint of self-reliance, rallied close around the Party, our country will have bright future of prosperity.